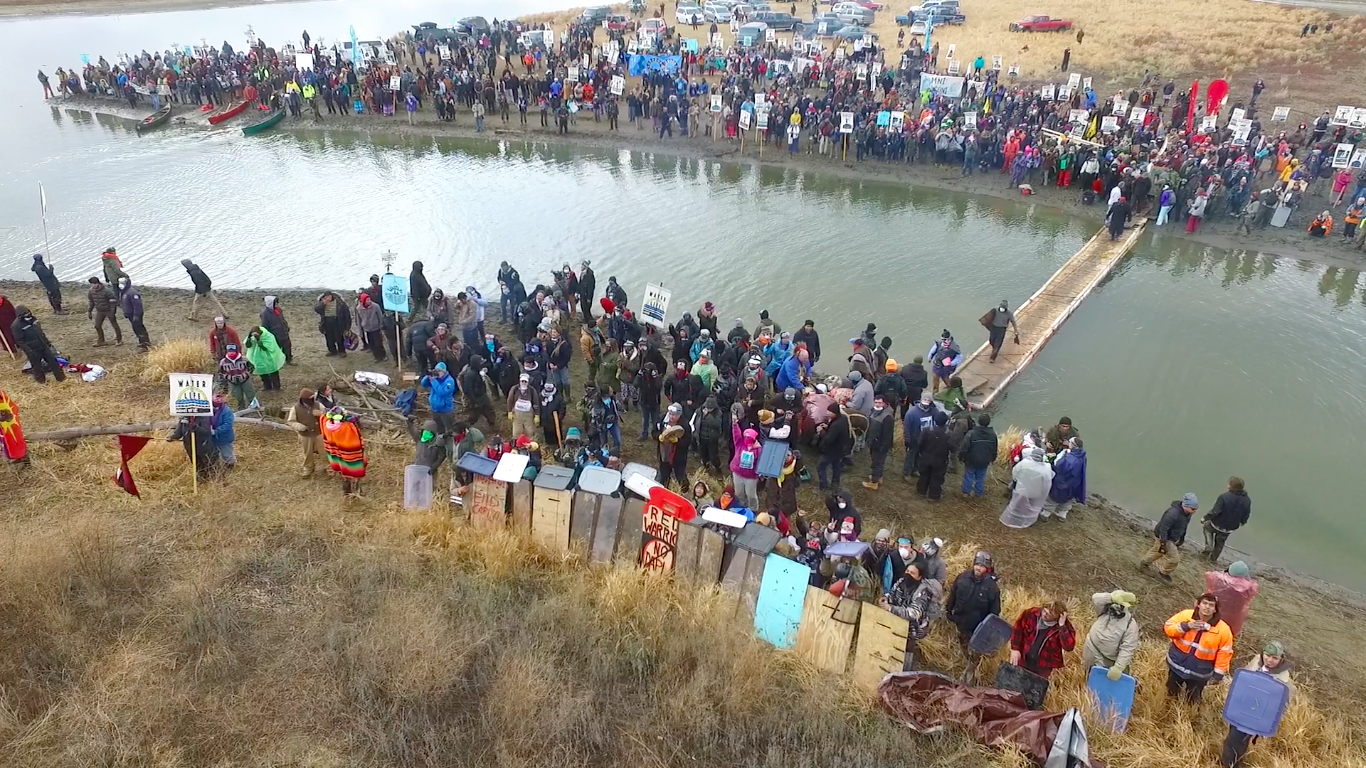 Still Standing With  Standing Rock
What is this?  Sometimes when climbing the mountain we can only see the stone wall in front of us. We do not know how far we have gone and how far there is to go. Standing Rock was an event where many brave and idealistic people united to stand in defense of the Earth and for the welfare of all the people of the world. The young and old, the woman and men, stood together to fight the black snake of the merchants of greed. At Standing Rock our valiant warriors made a peaceful stand.

Standing Rock was not a defeat but a victory of grand proportions, it was the stuff that eternal legends were made from. We have lost none of our will, none of our resolve and above all none of our Spirit. If anything we are stronger and more organized. 'Still Standing With Standing Rock' seeks to tell the story of the events. I was motivated by a young lady who was at Standing Rock. She had fines to pay. I gave her a small contribution and thought and prayed on the matter. There must be some way to help the brave people who have sacrificed and face fines and legal fees for their effort. And thus was born the idea of this collection of art.

But time passed as I waited for the pictures to create this web page. And as I thought I realized that it was necessary to put the story of Standing Rock into the context of the story of the world. How some come to kill, destroy and exploit, while others try to live in peace and harmony with all their brothers and sisters. This story of resistance, of the glory of the indigenous peoples world wide must be told. From 'South Dakota' to 'Palestine' to 'Australia' to 'Yemen' to all the lands that have been stolen and occupied. Genocide is not a thing of the past it is alive today and many fail to understand that. In the spirit of Standing Rock we seek to educate all, to show even our enemy the folly of their lust for mammon.

It is with this in mind that I embark on this project of "Still Standing With Standing Rock." It will feature poetry, writing and art. The good people at Dreaming Big Publications have agreed to work with me on this effort where I will serve as editor.  All proceeds will go to help those at Standing Rock who face expenses from fines or legal fees. So what can you do?

Send in art, pictures, poems or stories to peacepoems@mail.com  Put 'Standing Rock' in the subject of the email and paste your material inside the email.

Secondly please share this page widely on all social media.

Finally while you are here, please look at my books and show some support if at all possible.

There will be updates placed her periodically as more exact details are worked out. In particular if somebody could come up with a great cover, that would be a great help. Remember the first step in fighting oppression is freeing the mind.